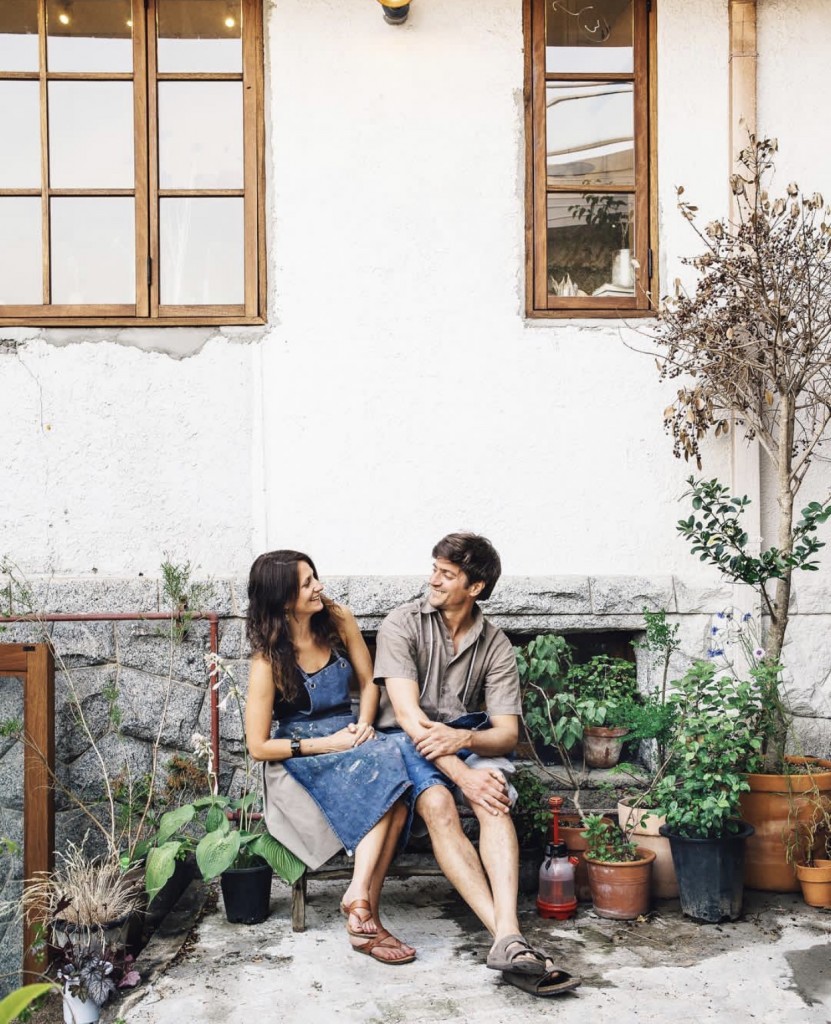 You all know about our Vase Tête pieces or “face vases” but do you know about the faces behind the brand of La Soufflerie?  This is a series called La Famille at La Soufflerie to introduce you to the people that make it all happen at our atelier in Paris.

First we would like to introduce you to the founders of La Soufflerie… Valentina and Sebastien. They are the husband and wife team that run the show.  Sebastien has a background in plaster mold making and has his own company called Moulage et Patine where he creates beautiful pieces for museums, boutiques, hotels and private clients. He also teaches at Les Beaux Arts de Paris! Valentina, an Italian American, grew up in Paris and went to NYU art school in New York City. She then travelled around Europe perfecting her skills as an artist and working in the advertising business.

Sebastien had been dabbling in the art of glassblowing when he realised that 100% mouth blown glass (no machines!) was a dying art. At the time there were fewer than five professional glassblowers in the Paris region.  Upon learning this, Valentina and Sebastien decided to start La Soufflerie, a non-profit organisation that gives all its proceeds back to the glassblowers to keep the art alive. They started in 2007 by creating 20 pieces from recycled glass, loading them on the back of their bikes and riding around Paris to sell their pieces to flower shops. They sold out in a day and received lots of feedback as to what kind of vases customers needed. And this is how the story began….

We like to keep it all in the family because family is what means the most to us! 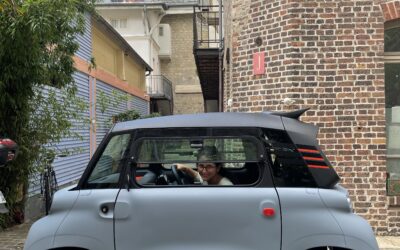 Let us introduce to you the cutest new company car! She was named « Ami » by Citroën, which means « friend » in french. We here at La Soufflerie decided to baptize her « La Soufflerie Mobile » because she is our delivery-super-mobile and environmentally friendly...

END_OF_DOCUMENT_TOKEN_TO_BE_REPLACED 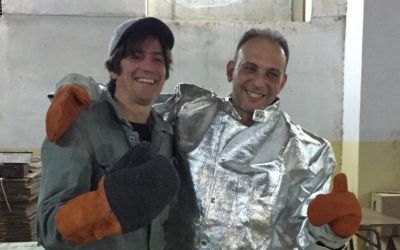 Thank You to All Our Glass Blowers!

Why is La Soufflerie a charity and why are we thankful for all of the wonderful people we work with?   The art of handmade glass is a tough job. It takes at least ten years to know how to create one of the bottles we design. It is an art passed on from generation to...

END_OF_DOCUMENT_TOKEN_TO_BE_REPLACED 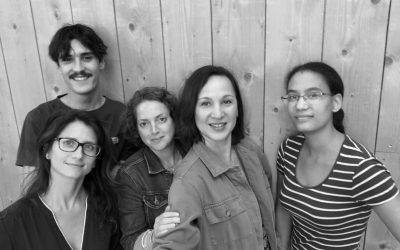 You all know about our Vase Tête pieces or "face vases" but do you know about the faces behind the brand of La Soufflerie?  We're starting a series called La Famille at La Soufflerie to introduce you to the people that make it all happen in our little atelier in...

END_OF_DOCUMENT_TOKEN_TO_BE_REPLACED
We use cookies on our website to give you the most relevant experience by remembering your preferences and repeat visits. By clicking “Accept”, you consent to the use of ALL the cookies.
Cookie SettingsAccept AllReject All
Manage consent

This website uses cookies to improve your experience while you navigate through the website. Out of these, the cookies that are categorized as necessary are stored on your browser as they are essential for the working of basic functionalities of the website. We also use third-party cookies that help us analyze and understand how you use this website. These cookies will be stored in your browser only with your consent. You also have the option to opt-out of these cookies. But opting out of some of these cookies may affect your browsing experience.
Necessary Always Enabled
Necessary cookies are absolutely essential for the website to function properly. These cookies ensure basic functionalities and security features of the website, anonymously.
Functional
Functional cookies help to perform certain functionalities like sharing the content of the website on social media platforms, collect feedbacks, and other third-party features.
Analytics
Analytical cookies are used to understand how visitors interact with the website. These cookies help provide information on metrics the number of visitors, bounce rate, traffic source, etc.
Advertisement
Advertisement cookies are used to provide visitors with relevant ads and marketing campaigns. These cookies track visitors across websites and collect information to provide customized ads.
Others
Other uncategorized cookies are those that are being analyzed and have not been classified into a category as yet.
SAVE & ACCEPT
Powered by